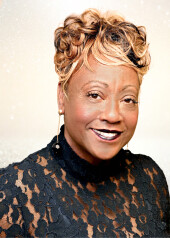 Willie Mae Jackson was born in Spartanburg, South Carolina, to Alonzo and Virginia Rooks. She is married to Senior Pastor Darrell Jackson, who is also a Senator for the State of South Carolina. They have two sons: Darrell, Jr. and Antione Joseph (wife, Kourtnee), and three grandchildren: Kimbrielle Janae Jackson, Andrew Joseph Jackson and Kynidee Danielle Jackson. In 1982, she received a Bachelor of Arts degree from Benedict College in Marketing with a minor in Business Administration.

In 1991, Mrs. Jackson became an active member of Women of Faith – an interdenominational ministry for Christian women. In 2000, she received her Bachelor of Arts degree in Theology from Truth Bible College & Seminary. Currently, she is pursuing a Master of Divinity degree at Columbia International University in Columbia, SC.

Home | About Us | Pastor's Wife